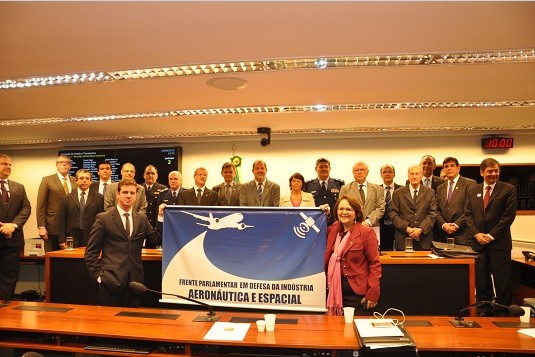 The CEO of NOVAER, Graciliano Campos, and the Chairman of the Board, Paulo Junqueira, went to Brasilia on Wednesday (24/06) to participate and support the launch of theParliamentary Front for Aeronautics and Space Industry, with the objective of defending the interests of this sector’s companies based in Brazil. Composed of 252 deputies, the front will have as president, in this legislature, Congressman Jose Stedile, from the Rio Grande do Sul PSB, and will discuss issues such as technology and investments in the sector.

During the launch, parliamentarians and representatives of public and private entities stressed the importance of a sector considered strategic for the sovereignty of a country, but hampered by lack of investment in research and technology. Jose Stedile listed the challenges: “We need to face the problem of taxation and problems of exemption of the payroll. We need to solve the lack of government investment in technology in this sector.” 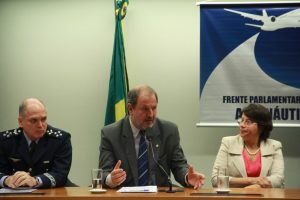 Vice Presidents of the Front, the deputies Eduardo Cury (PSDB-SP) and Flavinho (PSB-SP) are of Sao Jose dos Campos region, the largest center of the aerospace industry in the country (the state of São Paulo has 99 of the 136 companies in its territory). Flavinho said he was honored to be able to defend not just a matter of companies working to leverage new technology, but also leveraging the armed forces, in the development of technologies. “The armed forces further develop these technologies in the defense of our country and then they are also turned into products that affect the population in a very positive way,” he said.

The parliamentarian said that the idea of ​​the Front is to defend technological innovation so that the country can take a leap in technology. “This way the population, which is the end of it all, can receive services with even greater quality, such as in healthcare and many others that can be achieved by technological development.”