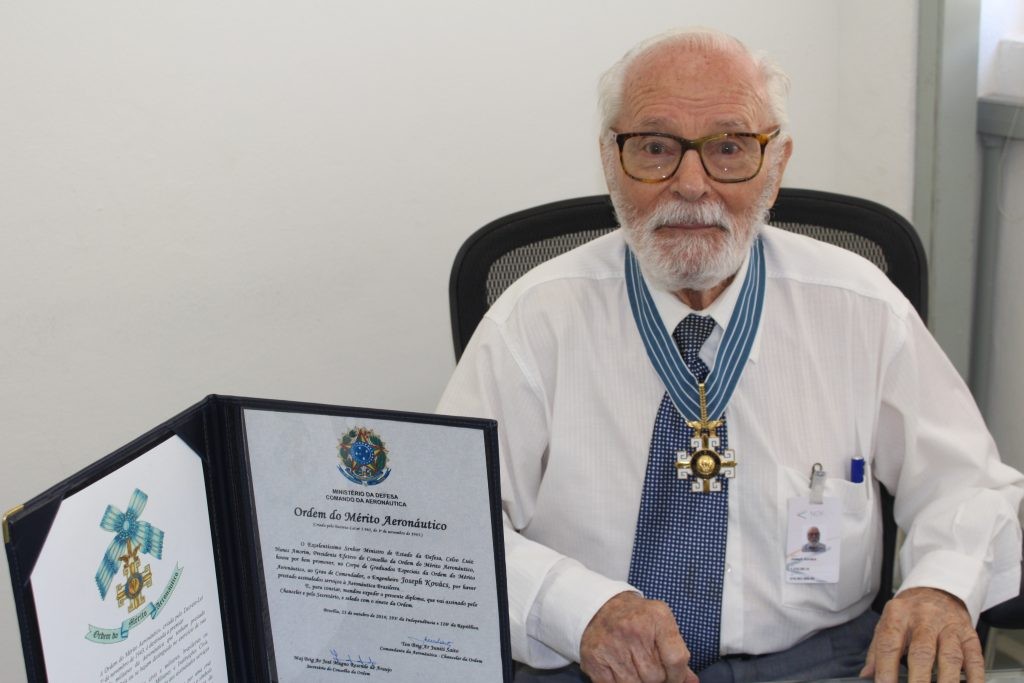 October 23rd is a significant date to the Brazilian aeronautic, for it represents the “Day of the Aviator” and the “Day of the Brazilian Air Force”, alluding to the first flight of Santos Dumont with the 14 BIS. Therefore this Thursday, FAB held events in Brasília and São José dos Campos to deliver the medal of the Order of Aeronautical Merit, the highest honorary distinction from the Air Force Command.1

And it is with great honor and joy that NOVAER reports that the engineer and designer Joseph Kovacs attended the event which took place at the premises of the DCTA and, on that occasion, was awarded a promotion in the Graduates Special Corps of the Order of Aeronautical Merit, having been raised to the rank of Commendator, a commendation he received from the hands of Aeronautic Commander, Juniti Saito.

NOVAER shares the recognition of the unique contributions of Eng. Kovacs for the Brazilian Aeronautics and feels grateful once again for his valuable contribution to our company. We are proud and honored to have him as part of our team. 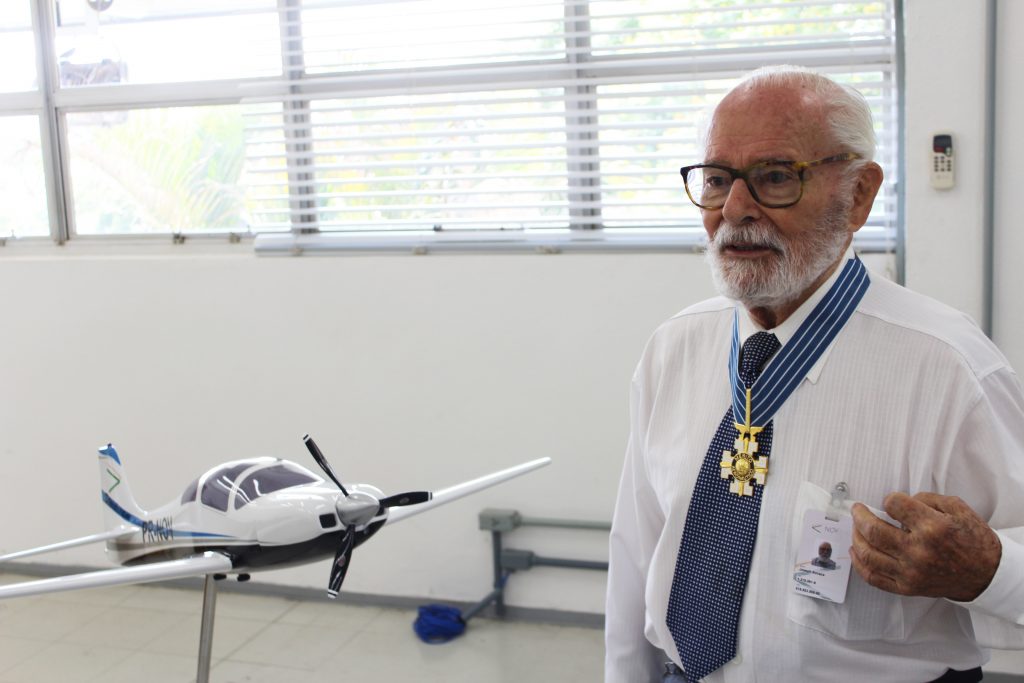 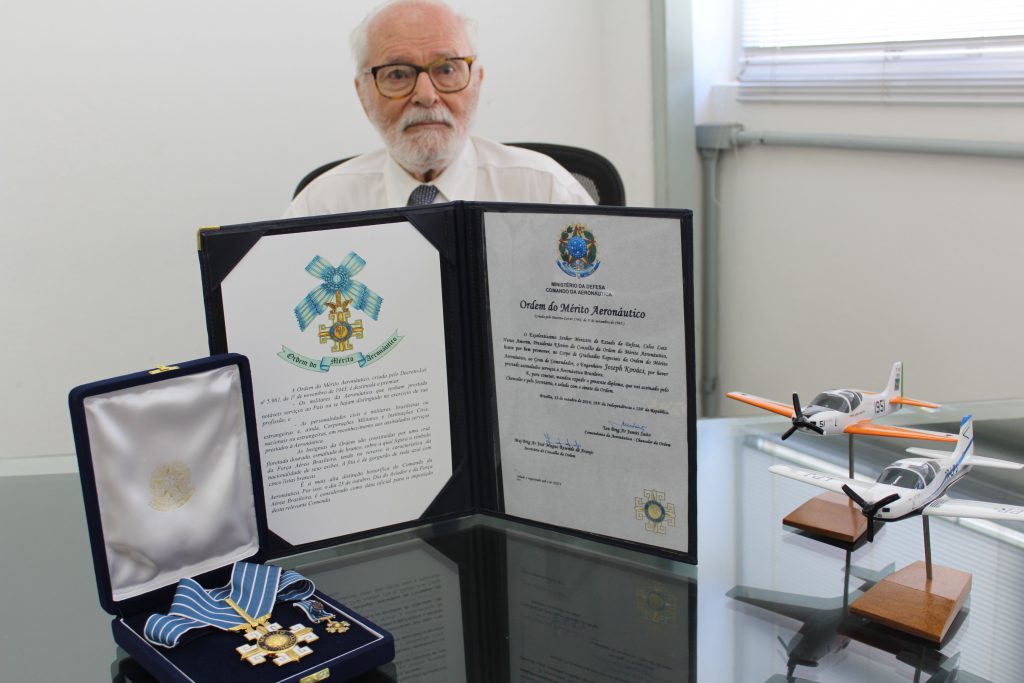