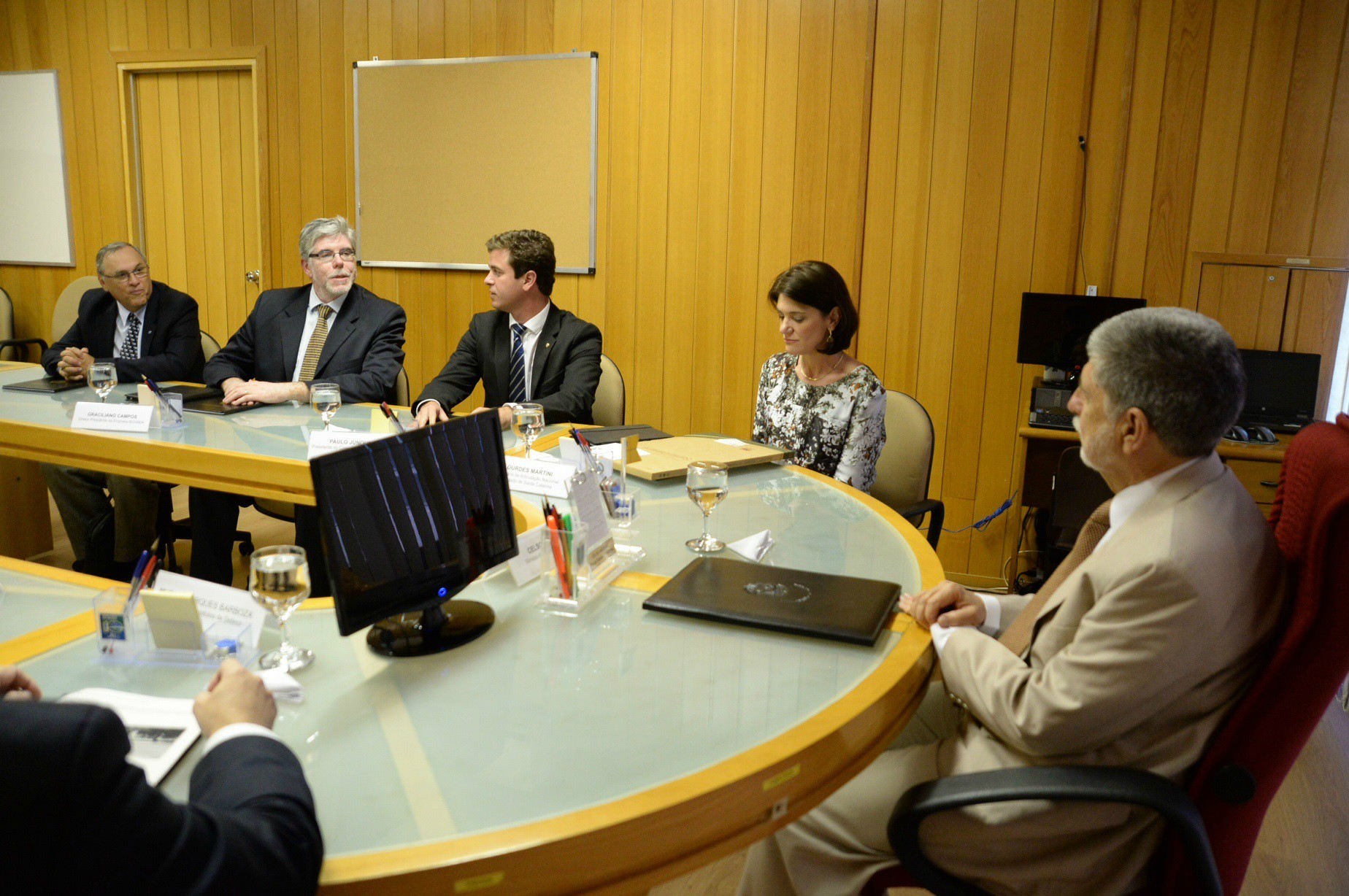 Brazil’s Defense Minister, Hon. Mr. Celso Amorim, received NOVAER executives and representatives of the State of Santa Catarina and was informed on the status of the T-Xc program, which has the support of the Federal Government via FINEP, Ministry of Science, Technology and Innovation and the State of Santa Catarina, through the company SC Partnerships and Investments SA.

On that occasion, NOVAER reported the excellent results obtained in the flight test campaign that’s being conducted along with the Department of Aerospace Science and Technology – DCTA, in São José dos Campos – SP; and the signing of the contract with FINEP-ITA – Aeronautical Technological Institute – where structural tests will be performed during the certification campaign.

The company also demonstrated the variety of products that can emerge from the same platform, for example, an aero medical version suited for rescue and transportation in hostile regions or for harvesting of organs for transplant, a small load transporter or liaison aircraft to be used by the armed forces, and a turboprop military trainer with ejection seats (T-Xc MTP), aside from the known civilian transport version (with ballistic parachute) and the primary-basic military trainer, which NOVAER intends to offer to the Brazilian Air Force and other air forces of the continent and the world. 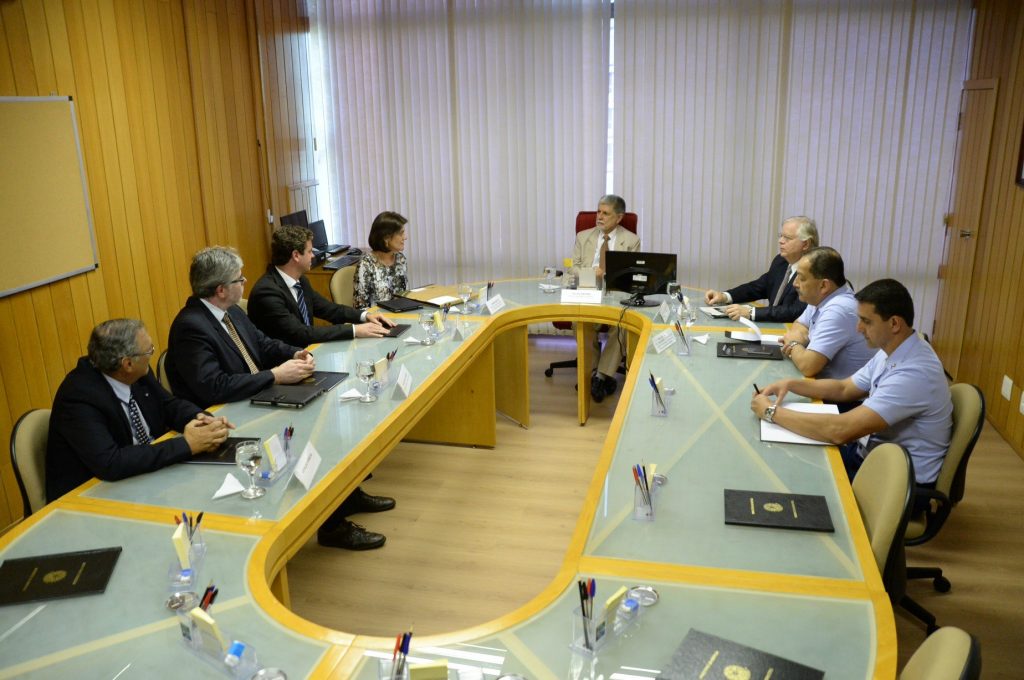 Below are some illustrations of the diversity of the T-Xc. 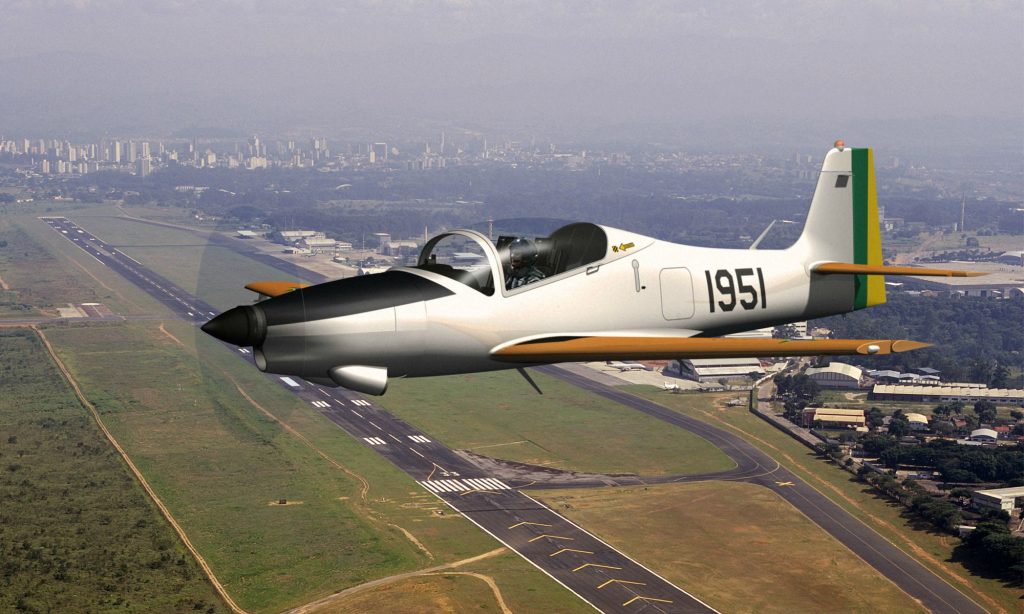 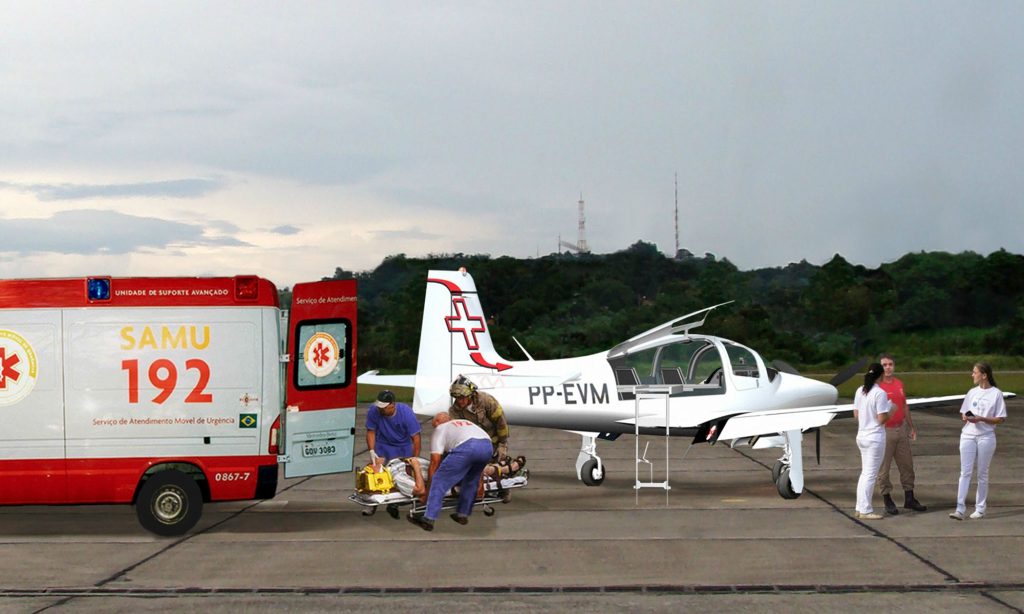 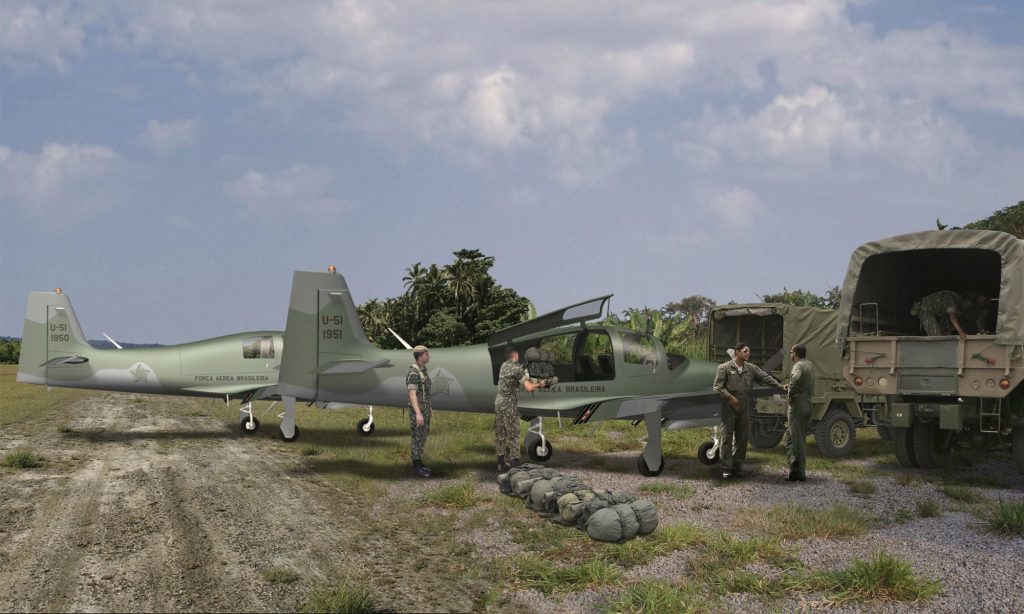