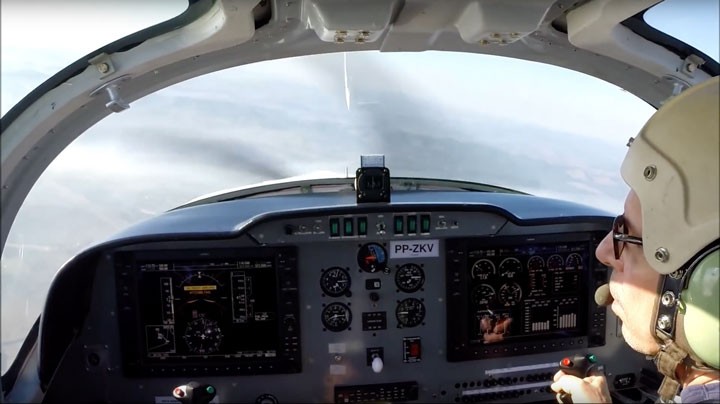 The T-Xc prototype manufactured by Novaer Craft made its debut flight today, August 22nd, 2014. The aircraft took off at 11:30 AM from the São José dos Campos airport (SBSJ). The T-Xc, based on the project of the acrobatic aircraft K-51 by the legendary designer Joseph Kovács, was flown on this debut flight by his son Otávio Kovács. “The aircraft demonstrated to be very docile, and at the same time, very agile in its responses to command, very similar to the K-51”, declared Otávio at the end of the flight.

In the last couple of weeks the aircraft made engine run-ups, taxis, runway tests and other ground tests in order to validate the final adjustments and calibrations. After the first flight, begins the flight tests campaign, in which the aircraft will gradually develop increasingly higher speeds and expand its maneuver envelope.

“We are very proud of this achievement, which belongs the whole team. I wish to congratulate everyone in our team for having reached this landmark”, declared Graciliano Campos, Novaer CEO.